Internet of Things is a process that aims to transform the way humans and machines interact. While it has far reaching consequences in most sectors across the globe, education in particular will see a significant revolution as a result of it.

Just as the conventional internet opened up new horizons for classrooms with its distant learning prospects, Internet of Things aims to take this a step farther. 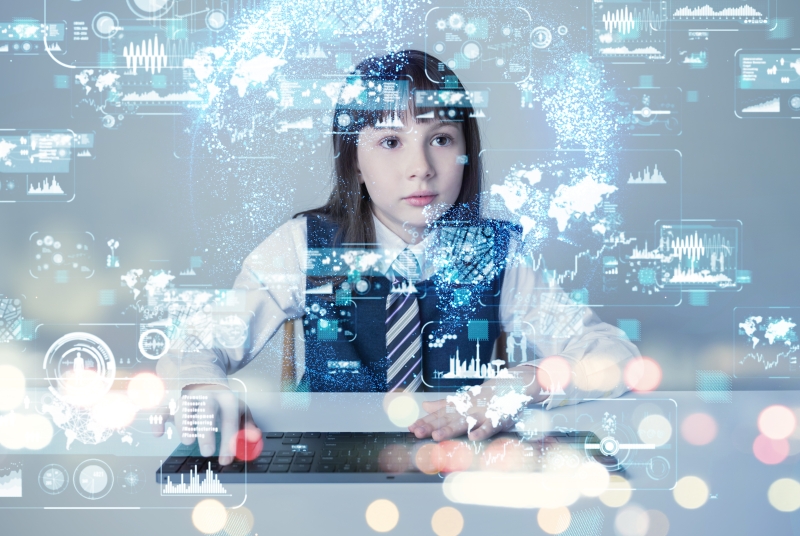 IoT refers to the growing interconnectivity and networking of many objects across the globe. This process literally started when everyday objects started getting equipped with sensors, ICs and microcontrollers.

IoT is basically the idea where all objects relay and aggregate data with each other over the internet or through the Local Area Network. Faster internet bandwidths and 4G/5G internet protocols have enabled internet to be accessible for all devices even in the remotest of locations.

As a result, more and more devices have become interconnected with each other sharing data. There is one report by Juniper that states that from 2015 – 2020 the number of interconnected devices will “triple”.

Collection of data is just one aspect of the IoT, the other significant application is the way it transforms human-to-machine interaction. This is a form of communication where classrooms can seriously experience a benefit from.

With the evolution of smart technology and Internet, it is common to find students using their digital devices for coursework.

While the topic of whether middle school and high school students should be allowed to bring digital devices during active classroom sessions is debatable, IoT encourages students to carry laptops, tablets and other gadgets. In fact, IoT revolution in classrooms cannot happen without smart devices.

Significance of IoT in Classrooms

IoT not only aims to transform the current teaching structures, but also challenges it.

Internet of Things aims to equip machines with brains. It aims to create smart devices that would enable Human-to-Machine and also Machine-to-Machine communication where smart equipment like smart pens, smart boards, trackers etc would actively communicate with the students regarding their performance.

With devices like these, students and teachers would be able to share lesson and classwork directly from their devices instead of relying on printed materials. Therefore, not only would IoT save resources but would also streamline the education process.

IoT gives teachers a vast resource of students’ data in a classroom. From very trivial details like students’ performance at a certain classroom temperature, to automatically recording a student’s attendance and then aggregating the result with his/her performance, the potential of data collection is huge.

The more data a teacher has, the better he/she can plan the short term and long term classroom goals.

Traditional form of education is marred by inflexibility. It does not cater to the special needs of an individual student. Instead, it relies on macro level statistics which basically paints each and every student with the same brush.

This obviously creates issues; the teacher tends to go at the pace of the most capable students while the weaker students are left to play catch up. Another issue the conventional form of education presents is that it fails to see particular prowess of individual students. For example, if a certain student is bad at math, he could be excellent with art.

IoT, with its data collection, enables personalized learning. With so much data at hand with the teachers and the administrators of the school, each and every student can be catered to individually. This is where human-to-machine interaction can become significant.

Since the teacher will be getting real time data, they would be able to monitor the weak students and create a personalized course to help them bring up to speed.

While IoT sounds great on paper, it does have its flaws. One of the biggest danger of interconnected devices is the privacy threat. Data leaks and hacks are very common today. Malwares, ransomwares and other viruses still wreak havoc across many enterprises.

With an internet connected world, this will become a much larger issue. The school will have to employ a whole army of Cyber Security specialists to keep such threats in check. This will obviously put financial burden on schools.

Plus, schools are soft targets. Any breach in the school network can be a serious threat to the physical security of the students and the staff members. Due to this, not everyone is excited about the IoT revolution taking place in classrooms.