I don’t own an iPhone, iPad, or any other Apple products. When I was a kid, we had Apple 2 computer hardware in the house, but those weren’t genuine, either. We had a Franklin Ace 1000 then a Laser 128.

I’ve been keeping my eye on Airpod-style Bluetooth earphones to use with my Android phone for a long time. I bought two sets of some of the earliest, cheapest Airpod-style earphones from Banggood in 2018. When they worked, they weren’t bad. One ear liked to lose connection, and the battery in both charging cases didn’t want to work.

NOTE: I didn’t notice that piece of gunk on the metal hinge until I was editing the photo. It is definitely something from inside my pocket, and it wiped right off. One of these days, I will update the photo!

That experience taught me a few things. I knew I wanted something like a set of Airpods, but I definitely wouldn’t get two hundred dollars’ worth of value out of the real thing. I also learned that I was going to have to wait for the right product to show up.

We were hanging out with my friend Alex just before the new year, and he was showing us his knockoff Airpods. I trust Alex’s opinion on audio gear. He recommended both my JBL Everest 700 Elite headphones and my AKG NC60 headphones, and he even got me a huge discount on them. When I needed a microphone, he recommended the Zoom H1, and that was a perfect fit for my needs too.

Alex told us that these knockoffs are even better than real Airpods in a couple of ways for us Android users: the double-tap action works on Android, and they detect when they’re removed from your ear and automatically pause your music. He said they’re about $40 or $50 from Aliexpress, and he sent us the link, so I ordered two that night.

One of the features of the knockoffs that several people in our group seemed excited about was that they are available in black!

These came in Apple packaging!

These headphones aren’t trying to be a cheaper alternative to Airpods. These are actual counterfeit Airpods. I’ve done some image searches. The box looks authentic. It says these were designed by Apple in California. I didn’t notice any spelling or grammar mistakes.

NOTE: This is where I should put a picture of the box, but I seem to have misplaced it!

As soon as I opened the bubble wrap and saw these Apple boxes, I thought back to one of the things Alex told us. These are so close to the real thing that genuine Airpods fit right in the charging case, and they will even charge.

I knew I wasn’t buying Airpods with my $42, but these are obviously designed to fool Apple’s customers into thinking they’re buying a real Apple product. They’re not just clones. They’re not just Bluetooth headphones that look a lot like Airpods. These are fake, counterfeit Airpods!

I had no idea how much real Airpods cost, so I checked Amazon

I guess my fakes are comparable to the $200 Airpods with wireless charging. I noticed those are available for $160 on Amazon. Why are they $40 cheaper? Is someone reselling a counterfeit like mine at four times what I paid?!

Maybe. I checked the comments. Some folks said they were refurbished, and they had a photo of some nasty earwax to prove it. Some folks claimed they were fakes. One person reported that they couldn’t get theirs to work, so they took it to an Apple store. They were informed that it was a counterfeit.

These guys should make a real competitor to the Airpods

As far as I can tell, these fakes are a high-quality product. I’ve only been using mine for a few days. I’ve made a few phone calls. I’ve listened to a podcast. I played a bit of music. My friend Alex has had his for a while, and he doesn’t seem to have any complaints.

They’re making a good product. Why aren’t these counterfeiters making a proper competitor for the Airpods? For all we know, they already are!

Where do you buy these counterfeit Airpods?

I’ve been arguing with myself about whether or not I should post a link to this product on Aliexpress. At this point, I’m thinking I may as well give you the link, even though this is obviously a shady operation. I can’t give you a good link, though, because the listings on Aliexpress disappear and reappear.

You know it is shady. You know what you’re getting into. It is unfortunate that someone is ripping people off using this product, though, and I don’t like that at all. We’ll get to that in the next section. 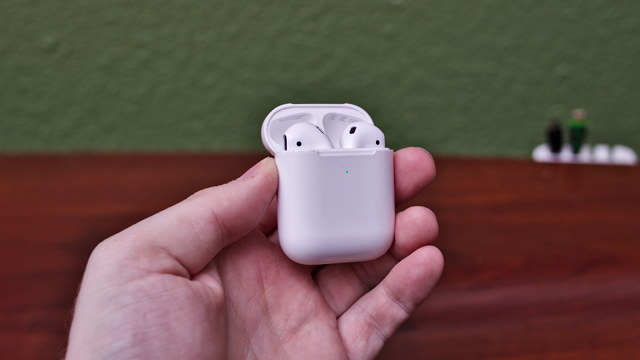 Here’s what it really comes down to. If you walked up to me and asked where to buy these counterfeit Airpods, or you asked me in Discord, or sent me an email, I would tell you exactly where to find them. There are a ton of lesser Airpod knockoffs, and I’d want to make sure you found the right one.

Why are the links moving around? Is Apple having them removed? Are there several people buying these in bulk from the factory? Are the specs and description changing enough to warrant a new listing? I have absolutely no idea.

Would I buy these again?

This is a tough question. Apple hasn’t lost a sale. I was never going to buy their product anyway.

People are most definitely getting scammed by these, though, and I don’t like that.

I don’t think I would buy these again, and that leads us to the next section.

Which non-Apple Airpod-style earphones should we buy?

I don’t have an answer to this question. I’m asking you! Which faux-Airpods should we buy instead?!

I want Bluetooth headphones that work well with Android. There is no reason for them to look exactly like Airpods! Give me a pair of individual earbuds. Let me use both for stereo sound. Let me use just one when I need to keep an ear open, or when I’m on a call. Let me charge them on the go with the battery in the case. 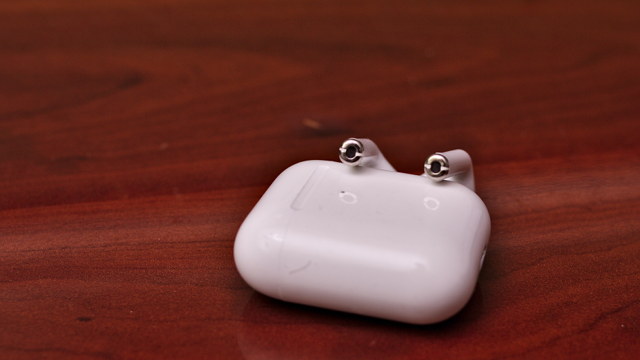 What do you think? Should you buy these counterfeits?

I don’t know. Who am I to judge? I have a pair that I’m using, right? It has taken me several days, maybe even an entire week to finish this blog post–taking pictures held up the production! In that time, three people in real life or Discord asked me for the link.

So what do you think? Should people be buying these counterfeits to save $160 and get better support on Android? Let me know in the comments!