When the Prusa MINI was announced, I was super excited. So excited that I almost immediately sat down and wrote a post about it.

In some ways, I am even more excited about the Original Prusa XL, but I am a month late writing this blog post. What in the heck happened?!

I’ve realized that I shouldn’t let this stop me from writing what I think. I don’t want to nitpick at the specs, because you can read the list yourself. Let’s just talk about what I’m excited about.

The new bed leveling sensor is a game changer

At least, I hope the new bed leveling sensor is a game changer, right?!

My first 3D printer was a used MakerFarm Prusa i3. It was made of wood. I printed ABS on a sheet of glass. There were screws on the corners to manually level the bed, and there was a screw to adjust the zero point of the Z axis.

I rarely had to level the bed, but I had to constantly adjust that stupid Z-axis screw. When everything was set correctly for a cold printer, it’d print great. After printing for an hour, all the heat in various places would change the dimensions of the wood and glass, and the nozzle would be way too close to the bed to even extrude. Once adjusted for that, I could print over and over again until I let the machine cool down, but the next day it wouldn’t be close enough to the bed for a new print to stick.

The Prusa MK3 solved this problem with the PINDA probe. It is a fancy inductance sensor that can figure out the distance from the probe to the steel plate under the PEI surface. This usually works great, but it isn’t perfect.

Temperature has a minor impact on the readings of the PINDA probe. It also doesn’t directly measure the distance between the nozzle and the PEI print surface. You have to calibrate that difference yourself, and if you print using multiple sheets of PEI, each one will be slightly different. You have to manage this yourself. 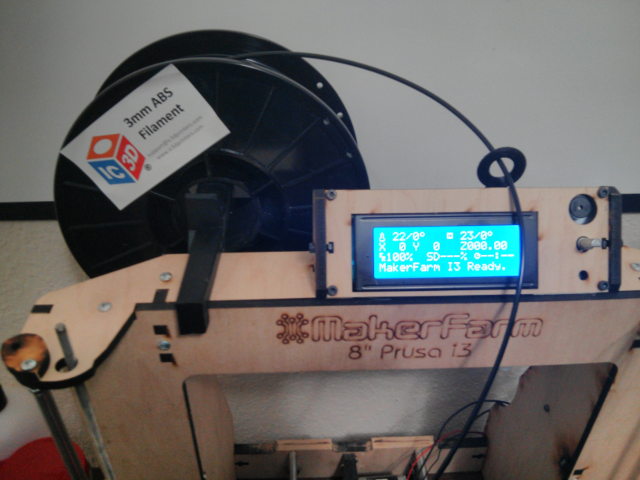 NOTE: Can you believe this old 3D printer I had?!

The Prusa XL has some sort of pressure sensor built into the extruder assembly. It can actually feel when the nozzle makes physical contact with the surface. It should get a perfect reading every single time.

It is also exciting that Prusa is claiming that we’ll get a perfect first layer every time with the Prusa XL. My first-layer game tends to be pretty strong, but I’d certainly pay for an upgrade.

Prusa MK3S+ with the MMU2 vs. the Prusa XL with five extruders

If you want to print colorful things, I am confident that using five separate extruders is the correct way to do it. It is a clean solution, and you won’t waste filament on a wipe tower.

You can buy a Prusa XL with one extruder, a fully assembled Prusa MK3S+, and the MMU2 for less than $3,499. You can even skip the Prusa XL and buy $1,999 of extra filament, since the MMU2 will be wasting a bunch on those wipe towers.

I don’t know about you, but if I were interested in 3D-printing in color, I would be keeping my eye on the fancy extruders that can mix colors on the fly. They can print in more than just five colors. They can blend filaments inside the extruder to generate almost any color you want.

NOTE: I’ve seen systems that can mix colors like this. They seem more than a little fragile, and I am having trouble finding the one that I thought looked cool. If I stumble upon it, I will update this section.

The Prusa MK3S+ is not a Ferrari

The Prusa MK3 is an amazing piece of engineering. I know a lot of people seem to think that it is the top-of-the-line printer, but it isn’t. It is engineered to be almost exactly enough printer and no more. It is the Toyota pickup truck they tried to destroy on Top Gear.

The Prusa XL is probably Prusa’s Ferrari. Or maybe it is the NSX to go with their Accord.

The Prusa MK3S is pushing up against the size limitations of the i3 layout. Yes, there are bigger i3-style printers, but they aren’t repeatable, reliable tanks like the Prusa MK3. An ant can lift 10 times its weight, but if you scale an ant up to the size of a human, it would just collapse. The MK3S is the ant scaled to the size where it can just barely continue to perform.

The Prusa XL is a CoreXY printer. This mechanism is lightweight, powerful, and precise. This lets them scale the X and Y axes of the Prusa XL way up. I also expect that the printing speeds will go up as well.

We haven’t seen them show off the speed yet. I don’t expect the Prusa XL to keep up with the Vorons competing in the #SpeedBoatRace, but I expect we’ll be able to push the Prusa XL harder than the Prusa MK3S+.

When my MakerFarm i3 failed, I was really hoping to buy a Prusa MINI. The supply chain was horrible at the time, and the Prusa MINI was still quite new. I just couldn’t wait that long, but the Prusa MINI is probably just about enough printer for me.

Prusa hasn’t announced a successor to the Prusa MK3, but we have to figure it is coming. When the Prusa MINI was announced, I assumed there would be a future Prusa i3 with the new 32-bit electronics. I assume those are the same electronics in the Prusa XL.

What do you think we’ll see in the Prusa MK4? I just want the new bed-leveling sensor, and I hope we get that upgrade in future releases of both the Prusa i3 and the Prusa MINI. Do you think they’d need to include the entire Nextruder to upgrade the bed leveling, or do you think they’ll find a way to integrate the sensor into a cheaper extruder assembly?

If you’re printing huge things, maybe that 400mm cube of build volume is looking pretty sweet. I don’t know about you, but I rarely print anything that takes up the entire build plate, and I don’t usually print things any taller than two or three inches.

For $1,999, I could have a tower of five Prusa MINI printers next to my desk. I definitely don’t want five printers, but a small print farm has quite a few advantages over owning a single printer.

I could definitely see myself owning my Prusa MK3S and adding a Prusa MINI to the team, but I don’t think Prusa XL is in my future.

If you’ve preordered a Prusa XL, I am most definitely jealous. I know I said I won’t be buying one. The fact that I even considered buying a Prusa MINI two years ago probably indicates why that is the case.

If I were still using my old MakerFarm Prusa i3, I think I would be considering the Prusa XL today. I said many times that I wanted my next printer to be a CoreXY or an H-Bot, and that makes me more than a little disappointed that I went with an Original Prusa MK3S.

What do you think? Did you preorder a Prusa XL? Are you excited? Are you waiting to see how it performs in the real world? Are you happy with your current printer? Let me know in the comments, or stop by the Butter, What?! Discord server to chat with me about it!